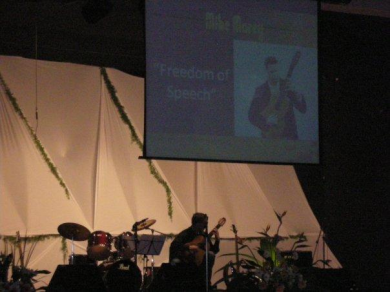 Mike Morey is a virtuoso guitarist, composer, improviser, and musicologist holding two earned doctorate degrees from the University of North Texas: a PhD in Historical Musicology and a DMA in Guitar Performance, the only graduate to achieve this in the University's department of music.

As a performer, Morey has released four solo recordings of all original compositions and improvisations featuring the guitar in a variety of mediums. He has performed nationally and internationally as a soloist and with orchestras. Morey plays classical, jazz, and flamenco guitar on both nylon string and electric guitar, and has taught solo guitar improvisation and music history courses at the University of North Texas. He is currently completing a concerto for piano and orchestra in addition to several multi-movement works for solo guitar.Additionally, his fifth solo album will be released this year and will feature recompositions of American outlaw songs and murder ballads.  As a professor of guitar he continues to guide his students towards a music journey that combines improvisation and versatility in order to produce well-rounded musicians that are individuals on the instrument.

Morey’s primary scholarly interests include borrowing studies, improvisation, music and narrative, and the intersectionality between composition, classics, and musicology. His newest article, “Longing for a Fragment: Sappho as a Figure of Hope in Paul Sánchez’s ὁδοιπορία,” was published in 20th- and 21st-Century Song Cycles: Analytical Pathways Toward Performance under Routledge’s “Professional Text Offerings (Twentieth & Twenty-First Century Song Cycles). His recent projects include a book that examines modern compositional engagement and reinterpretation of Ancient Greek Lyric in American art song as well as a forthcoming article on more recent interpretations of Gothicism in the song cycle. He has also recently published an article in Music Research Forum vol. 33 regarding new narrative frameworks that can be applied to 20th century orchestral music containing borrowings, using Christopher Rouse's First Symphony as a case study (Music Research Forum Vol. 33).

Mike's fifth studio album of all new original music will be coming soon! 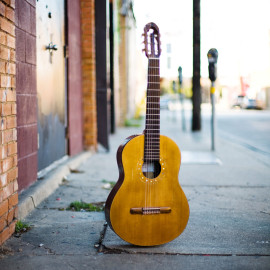